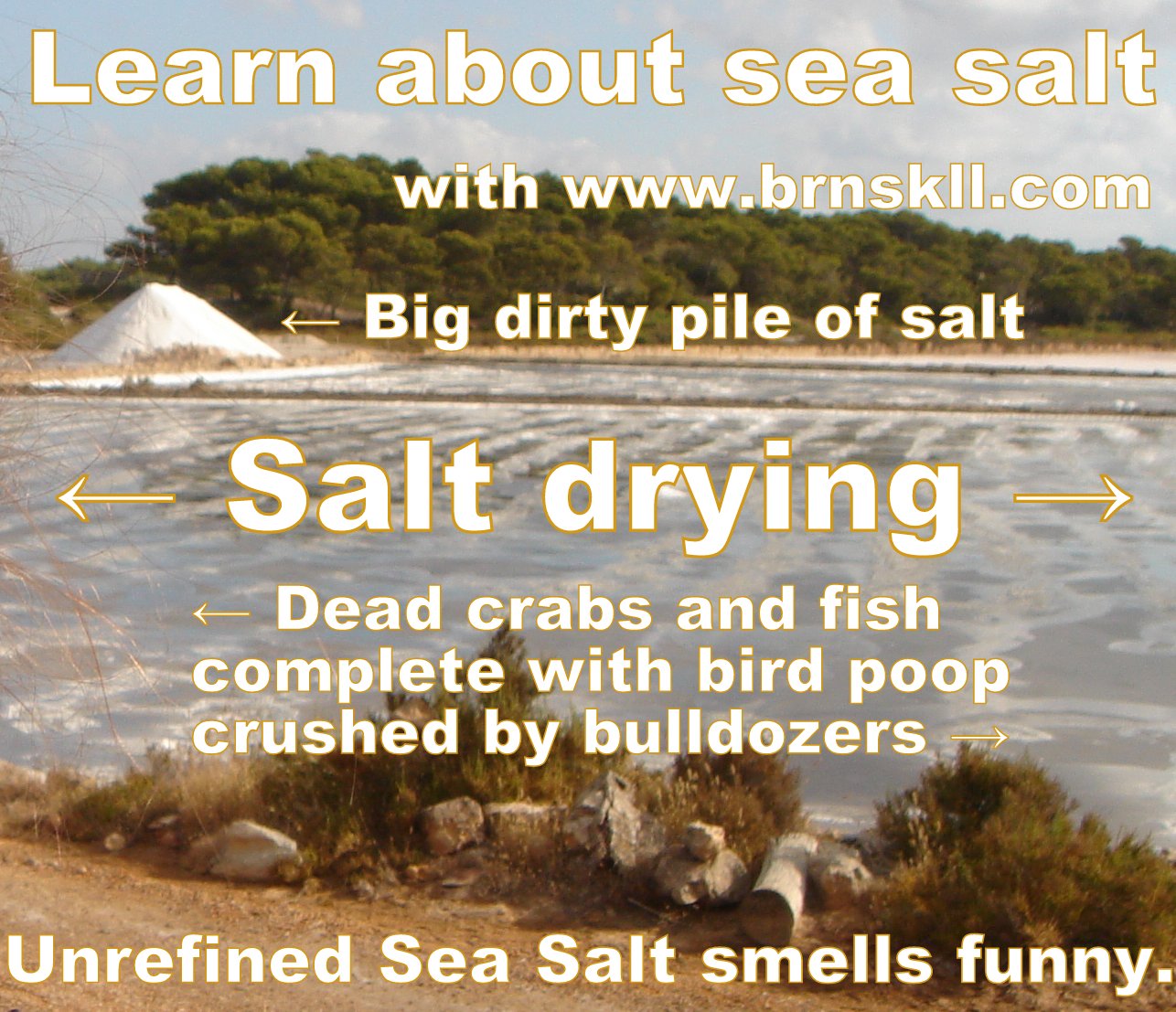 Have you ever visited a salt evaporation pond?

I have been to a number of these locations, in France, Spain and the San Francisco Bay area in the USA, and can state that they may produce an edible commodity, but I would not consider it a first choice for wound care without further processing such as filtration and sterilization.

Claims that this evaporation process is more natural that imply it is safer or better than mining or drying salt in concrete basins are questionable. Such claims should be well documented for a product intended to be introduced to an open wound.

How much dirt, dead plant and animal matter and excrement do we really need in our salt?

Historically, many difficult to substantiate claims have been made about possible wound care benefits of sea salt. There are a large number of studies on the subject, including balanced reviews comparing sterile saline to tap water.

For wound care, some alginate dressings among a limited selection of other products incorporate sea salt. These and other unrefined sea salt require further study and evidence for use as an OTC wound care product.

Previous studies have identified microplastics (MPs) in commercial table salts but could not exactly address the origin of the MPs because of several limitations. The present study is based on the hypothesis that commercial sea salts can act as an indicator of MP pollution in the surrounding environment unless the MPs are filtered out during the manufacturing process. A total of 39 different salt brands produced at geospatially different sites, including 28 sea salt brands from 16 countries/regions on six continents, were investigated. A wide range of MP content (in number of MPs per kg of salt; n/kg) was found: 0–1674 n/kg (excluding one outlier of 13?629 n/kg) in sea salts, 0–148 n/kg in rock salt, and 28–462 n/kg in lake salt. Relatively high MP content was identified in sea salts produced in Asian countries/regions. The abundance of MPs in unrefined sea salts (n = 25) exhibited significant linear correlations with plastic emissions from worldwide rivers (r2= 0.33; p = 0.003) and with the MP pollution levels in surrounding seawater (r2= 0.46; p = 0.021) in the published literature. The results indicate that not only is Asia a hot spot of global plastic pollution, as previous studies have suggested, but also that sea salt can be a good indicator of the magnitude of MP pollution in the surrounding marine environment.

Further interesting reading on related topics of water and pseudoscience

1 thought on “Learn about sea salt”