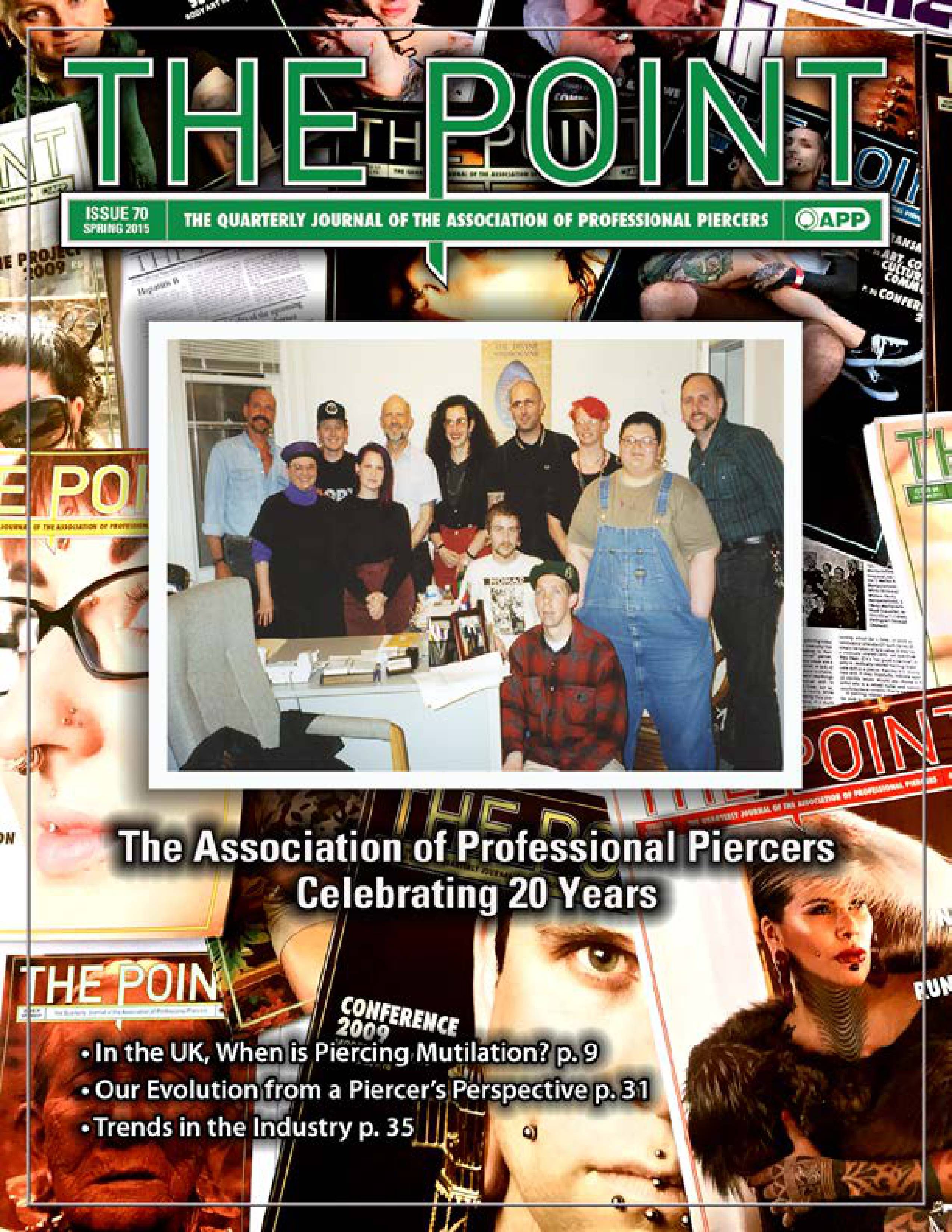 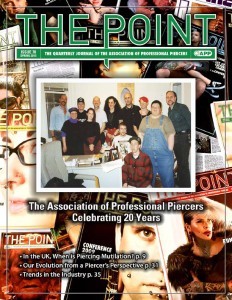 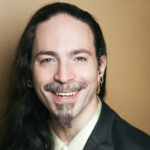 “As piercing professionals, what do you seek from the organization?”

It may seem from appearances that the APP has been conjuring constant advancements and results from our common mission. For more than two decades, behind the scenes this question has been the focus of enthusiastic volunteers aided by an astute administrator. We have had eight changes of leadership before our current board, most of whom I have had the pleasure of working alongside. They have contributed significant guidance, accomplished projects, and made decisions that have helped our field grow. I thank each of you for choosing to engage. In regards to this question, progress and development is an excellent answer.

“What if a piercer exceeds the basic requirements of their APP membership agreement?”

Another very pleasing question that comes up more often than ever before is in regards to where we might go to improve upon the minimum standards. These years of educational outreach have been fruitful, and we have received outstanding applications from an increasing number of supporters. I affirm: please excel. Impress us with your intuition and invention! Sharing your ideas raises the level for all of your fellow members.

“Do you feel the need to make changes before you apply?”

I’d like to think that there are many piercers out there who are not yet members, but who meet and exceed the skills and criteria required by APP membership. The fact remains that we encourage each piercer to feel welcome to start the application process and join. Our membership committee is here to help with your questions and to facilitate the process with a regular online APP Future Members Gruppe, and round tables both at events and online.

Participation in our educational events can demystify the technology and techniques important to our work and provide the foundational aptitudes so that you can become an APP member.

In August of 1996, Maria and Blake stepped down and were replaced by David Vidra and Al D. Sowers.

From June of 1999 until June of 2002, Pat McCarthy held the position of President.

As of June 2002 this position was assumed by Bethra Szumski. She sat on the board as President until June of 2005.

In June of 2005 Alicia Cardenas became president. She remained president until June of 2008.

James Weber succeeded the position of President from June of 2008 until June of 2011.

In June 2011 Elayne Angel took over as the President, where she served until June of 2014.

Our most recent President is Brian Skellie who has been President since June of 2014.